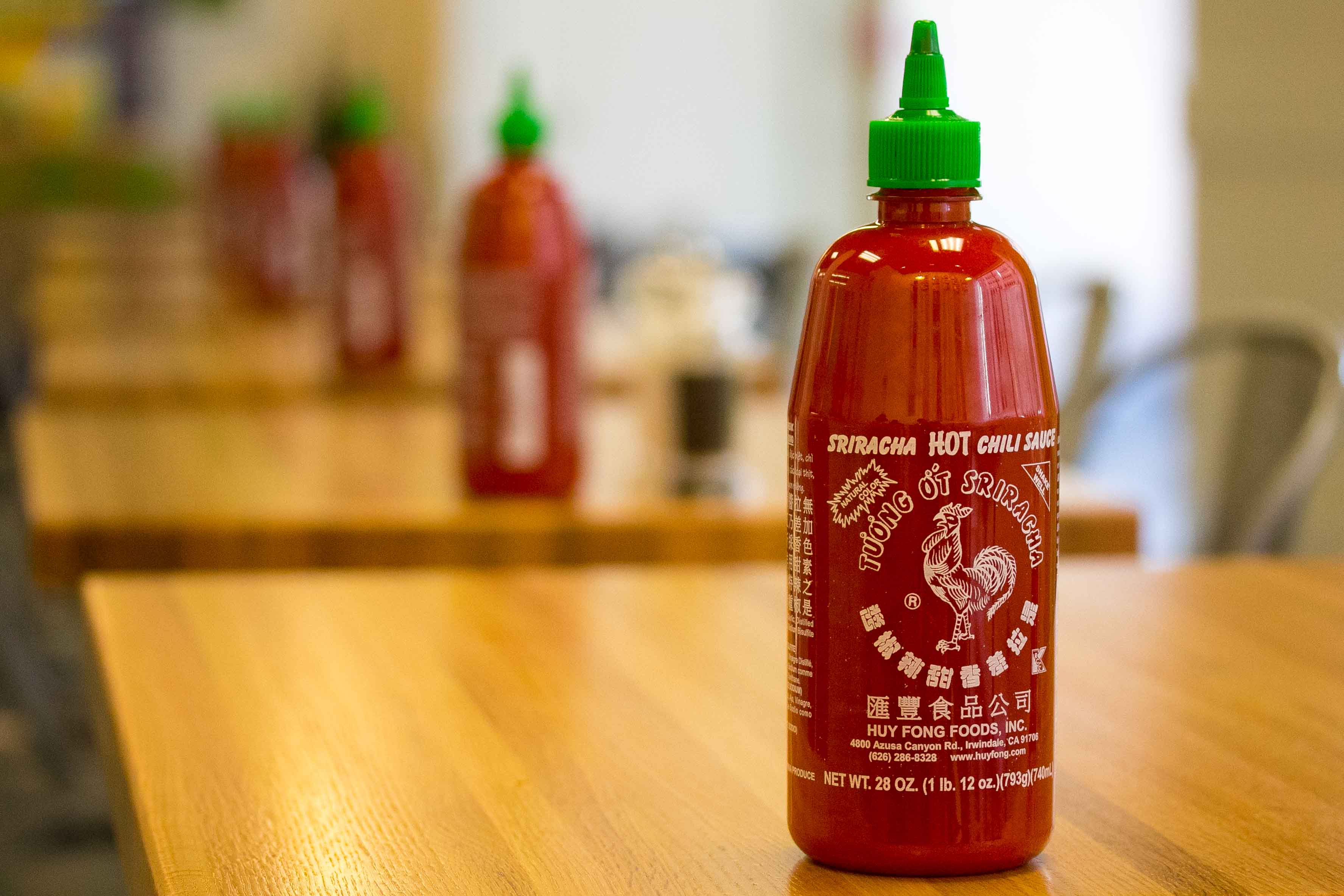 I’ve come to have a love/hate relationship with Sriracha sauce. I love the idea behind it. A versatile, flavorful sauce that can be eaten as a condiment or used as an ingredient in any one of many recipes. You can find it everywhere, on a recent trip to the grocery store the snack aisle was filled with Sriracha flavored delicacies, chips, popcorn, nuts, even jerky. I’ve even seen Huy Fong t-shirts and socks!  But I have to be honest, I don’t like the stuff… I’m not a huge fan of spicy food in the first place, but Sriracha and I are not friends.Sriracha Sauce, Love it or Leave it?

I’ve done some browsing, and have found out a few things about Sriracha sauce:

I’ve tried to eat it and would love to enjoy it as much as everyone else, but unfortunately, I can’t stand the stuff. The gooey texture is enough to push me to the brink of completely grossed out, but it’s the smell that sets my stomach ablaze… and the burn when I finally taste it, ooof. It doesn’t matter what I’m eating it on, in or with, all I taste is burning sriracha.

I’ll spare you the details of what happens after I’ve actually eaten the stuff.

Just because I can’t stand the stuff, doesn’t mean that I can fault you for liking it. In fact, I think that you should embrace the foods that you love! So check out The Sriracha Cookbook: 50 “Rooster Sauce” Recipes that Pack a Punch

on Amazon.ca. Check out the Huy Fong website for more history and recipes.

Are you a Sriracha lover? I’d really like to know how you use it.